Message from the director

Steady supply of energy and mineral resources, and utilizing these resources in environment-friendly manners, are essential for a sustainable development of human society. With the global trend toward a shift to green technology and the remarkable economic growth of emerging countries, creation of new engineering knowledge that leads to a breakthrough for solving energy and resource issues, and integration and systematization of knowledge and technologies that has already been or will be implemented in the society, become increasingly important in the future. The Frontier Research Center for Energy and Resources (FRCER) aims for discoveries and explorations of frontier resources in the deep ocean and the space, promotion of development of novel and frontier technologies, and construction of innovative systems and state-of-the-art technologies for resource development with less environmental burden. Especially, we focus on the cutting-edge researches including the CCS (Carbon dioxide Capture and Storage) to reduce carbon dioxide emissions during energy development, the development of methane hydrate as a domestic energy resource, the development of seafloor mineral resources such as REY (rare-earth elements and yttrium)-rich mud and ferromanganese nodules in the Japanese exclusive economic zone, and the generation of resources via artificial processes including efficient interconversion of dinitrogen and ammonia, and biogas production by bio-electrochemical systems.
The rapidly changing situation in the international community marks an end of the age of importing energy and resources from overseas. If the countries rich in resources pursuit self-interests first, it will bring Japan a significant difficulty in ensuring the stable energy and resource supply. FRCER constitutes a hub of top-class researches that produces a variety of frontier technologies enabling steady supply of energy and resources for the future, and creates innovative systems for energy and resources in a close cooperation with industry and the government. 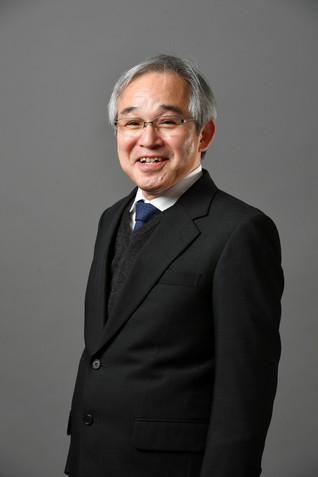 To assess, research, and construct frontier technologies necessary for the new energy and resource paradigm to maintain sustainability of human society.
To contribute to the development of complex knowledge and correspondence function in cooperation between university, industry, and government.

Our mission is
・to provide a new information system that reflects international and domestic trend of energy and resource into the R&D phase of frontier technologies
・to be the basis of cooperation among industry, government, and academic study and propose the creation of complex knowledge among them
Prof. Yasuhiro Kato

Our mission is
・to provide a new information system that reflects international and domestic trend of energy and resource into the R&D phase of frontier technologies
・to be the basis of cooperation among industry, government, and academic study and propose the creation of complex knowledge among them

Cooperation with organizations outside the university

March 2006, we have made a basic agreement on a comprehensive cooperation on collaborative research in terms of resource and energy. Our main goal is to contribute to the national scientific research and technology development on petroleum and metal resource by using human and facility resources complementary.

・Consortium for Promotion of REY-rich mud Development (Since November 2014)

Cooperation with organizations within the university

We associate with the following centers.